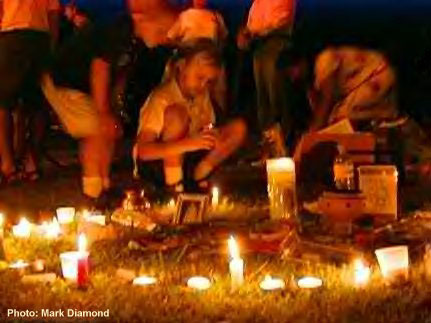 It has been several months now since I was called by my friend Richard Hoagland late one January evening. Richard asked me to come to the City of Miami to help him save an archeological wonder that was in danger of being forever destroyed with humanity robbed once again from yet another clue, a missing piece to our true heritage and origins. 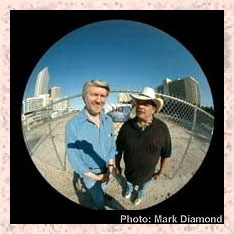 In going to Miami, I had no idea about the campaign of slander and smut that I would personally go through as a result of my personal efforts to help my friend and save this monumental discovery from the jaws of a developer's greed. It has been painful to myself, as well as my family -- never mind what grief Richard has been through, and Art Bell, as well. All this, simply because we opened a doorway for your voices to be heard -- so that you could make a difference.

It seems that we all too easily are willing to give up our ancestral heritage and right to knowledge for the price of temporal comfort and gratification of the moment for the sake of a privileged, yet corrupt few. All for the sake of the mighty dollar, we have seen and continue to see living knowledge removed forever from the face of this Earth. This knowledge could set us free as a humanity, and as seekers of truth and wisdom, to move forward into tomorrow.

We have, all too often it would seem, given up our quest for understanding and human dignity due to the pressure of petty tyrants. Yet we are entering an age when there will be no turning back from the consequence of our deeds and thoughts. The changes that are occurring in our heavens and within our societies, as well as our ability to continue to exist upon this Earth as a thinking species are coming to a final realization, if not a closure, in the epic story of the human drama. As we approach this millenium now one can say for certain that the prophecies of Nostradomas, or Yeshua, or the Hopi , the Mayan, Gordon Michael Scallion or Robert Ghost Wolf will or will not occur. The signs are eminent everywhere that things are fast approaching a climax whatever the final outcome. Something is going to change. Something has got to give as the reality we have been living each day proves to be riddled with false understandings, that are a result of having access only to partial knowledge. 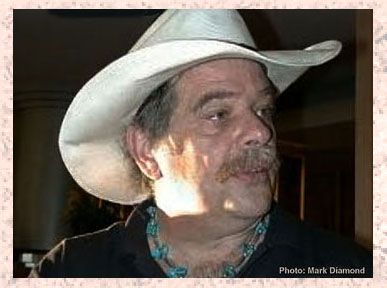 I have seen so many formulating their destinies upon the interpreted readings of what someone else has said. There is a little game I play when I work with people to help them understand the nature of truth. We start out at one end of the room with a simple process where we name our self, then the person who introduced us, and the reason why we came to the leaning. By the time it gets to go around the circle, it is often uproariously funny and amusing how the story changes as they reach their final destination.

We find out very quickly that Truth is mutable, and each person hears and comprehends truth to the limit of their own personal abilities. The stories are for the most part radically altered as they are interpreted by each individual in the circle. So how can we base an absolute upon an incomplete picture of what each of us understand as an individual?

Miami was a story of a living miracle. "WE the People" took up the cause. Our voices through the vehicle of the Art Bell Coast to Coast radio show, almost nightly broadcasting live from Miami caused thousands upon thousands of letters to be sent to officials from local levels to the White House -- even unto the United Nations. That voice was so powerful that the Miami Circle was saved if only temporarily from seeming inevitable destruction. A small patch of land in a concrete jungle some how was being watched literally by "the eyes of the world." Hundreds of people came each hour to stand by the bridge when the developer closed all access to the site. They came from all over the world to watch, pray, light candles for the sake of Human heritage.

It as if for one brief moment the God of Material greed was stopped dead in its tracks by the heartfelt compassion of the People. For the first time ever some people actually saw that their voice could make a difference. Yes, the Miami Miracle will be remembered around the world, by literally millions of people as proof that we can make a difference.

The battle is not over. The urgency of the moment is as critical now as it was in those first hours that I stood in the darkness of a Miami night sky at 3 o'clock in the morning, when I first arrived in Miami, and prayed for the protection of that Sacred Spot for the betterment of humanity. Elders did come from all over -- scientist, dignitaries -- the story caught on like wild fire and was viewed around the world.

Presently there is an offer by government officials -- like Florida Governor Jeff Bush -- to put up 50% of the funds to save the Miami Circle, up to 16 Million Dollars. However, "We the People" have to cause enough of a rumble that the other part is realized by those valiant and courageous people who stood fast in their vigil against all odds to bring "the eyes of the world" to one of the most corrupt cities in America, and see justice done.

I urgently ask all of you to somehow find the ability to send even as little as $1 to help save the circle. There were hundreds of thousands of you who responded to the call that Richard Hoagland and myself put out across the airwaves nightly and we made a difference then. We can make the difference now. We can complete what we started. We can Save the Circle.

Your dimes and nickels add up, and the funds can be realized to cause this wonderment of archeology, the "American Stonehenge" to be saved, and researched for the sake of getting the whole story. We as a humanity will replace a missing piece in the puzzle of who we were, where did we come from and what this ancient solar calculator meant to human evolution.

We are almost to the finish line! Please reach inside, like a great athlete nearing the finish line, and find the energy to turn the tables around one last time.

Make the effort count: The pain of Richard's heart attack, his personal losses, and the effort that was put out by so many nameless faces that were broadcast upon international news at the circle praying, singing, and hoping for a better life.

This is your dream, this is your life, and your actions will have an effect on the final destiny of humanity. . Dare to Care. Save the Circle.

Richard Hoagland, Art Bell, my self and many, many simple and ordinary people thank you for taking a moment of your precious time and having the guts to show you care, and for showing Mr. Baumann and the officials of the City of Miami "The Eyes of the World are still watching you..."

Author, artist, ceremonial leader, and mostly a human being who cares.

Send your contributions to:
Vision Earth - Save the Circle

Please made Check or Money Order PAYABLE to:

Thank you for your time and consideration.
For more information please email us at: info@savethecircle.org